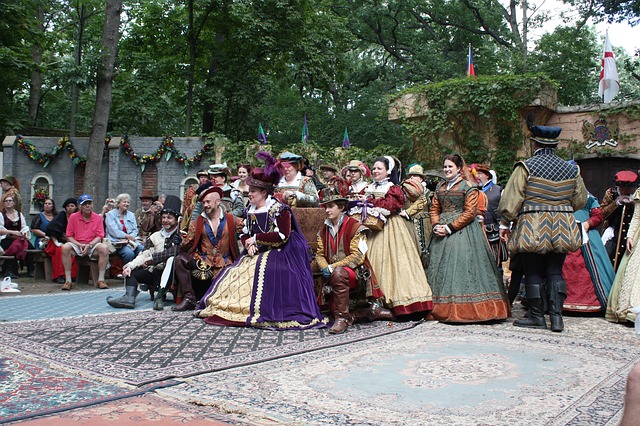 Travel Back in Time at the Maryland Renaissance Festival

Jousting knights. Giant turkey legs. Medieval pubs. You’ll find all of them at the Maryland Renaissance Festival, which is set to unfold every weekend from now until October 20th. It takes place at the fairgrounds in Annapolis on Crownsville Road—AKA, Revel Grove.

Revel Grove is the fictional setting for this year’s storyline, which stars King Henry VII and Anne Boleyn. The young woman has recently caught his eye and, having ousted his first wife, King Henry is free to pursue her.  Their courtship will unfold across various performances at the Maryland Renaissance Festival, though some of the stages will be dedicated to other shows (like recreations of Shakespearean classics). In between shows, check out the many old-timey artisans, grab a drink at one of the taverns or pubs, or chow down on one of those legendary turkey legs.